Nothing can beat the taste and feeling you get from drinking your favorite coffee beverage. After all, everyone has a favorite type of coffee.

Additionally, trying new kinds of coffee can bring depth and excitement into your daily caffeine routine.

And this brings us to a question — have you ever heard about barrel-aged coffee?

If not, you should definitely check it out!

Then, you can decide for yourself if this delicious coffee trend sounds like something that you want to prepare at home or grab from Starbucks.

What is Barrel-Aged Coffee?

Simply put, barrel-aged coffee is a type of coffee that has been aged in either authentic liquor, whiskey, rum, or bourbon barrels. The coffee is aged for weeks to add depth and flavor.

Before we discuss more about how it’s made, let’s take a quick look at the origin of this special type of coffee.

The History of Barrel-Aged Coffee

To understand the origins of barrel-aged coffee, you will have to glance at the mid-1500s.

During that time coffee producers in Yemen sought ways to preserve coffee beans for trade and exportation. In the port of Mocha, Ottoman Empire, coffee exporters began keeping the beans in large wooden barrels. 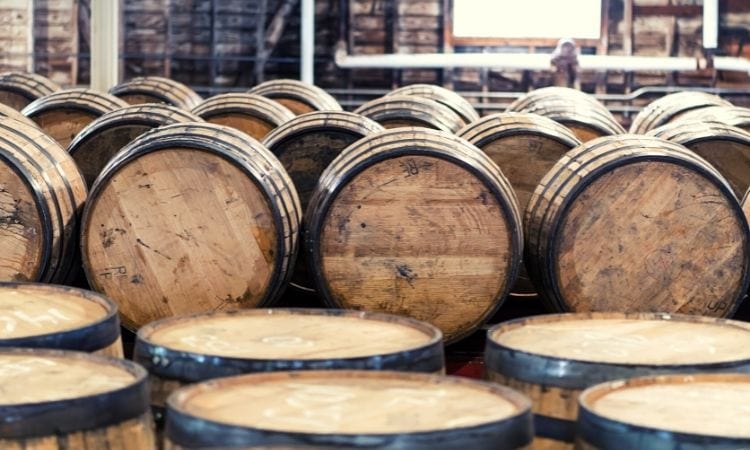 In these barrels, the coffee was protected throughout long voyages overseas often ranging from Yemen to Europe and beyond. Transporting coffee overseas took quite a while back then.

Throughout the sea journey, the coffee would naturally age and ferment slightly. This created a unique and lightly sweet woodsy liquored flavor that Europeans became fond of.

As ships became faster and trade routes changed, the exportation of coffee got easier. As such, coffee beans would arrive in Europe without experiencing fermentation. In a surprising turn of events, the Europeans had grown accustomed to the taste of these fermented coffee beans. So, even though traders offered fresher coffee, many consumers preferred barrel-aged beans.

In fact, Monsooned Malabar coffee is one example of how the barrel-aging never went out of style. This brings us to the modern age where barrel-aged coffee is once more growing in popularity.

Today, coffee roasters have started bringing barrel-aged flavors back. However, instead of keeping coffee beans in barrels on ships, the modern coffee producers like Starbucks age coffee in retired whiskey, rum, and bourbon barrels.

How is Barrel-Aged Coffee Made?

You are probably wondering exactly how the barrel aging process works.

Barrel-aged coffee is made with premium green coffee beans carefully selected for aging. These beans are then cleaned, prepared, and dry-aged to perfection in barrels.

Most aging barrels are kept in climate-controlled conditions. 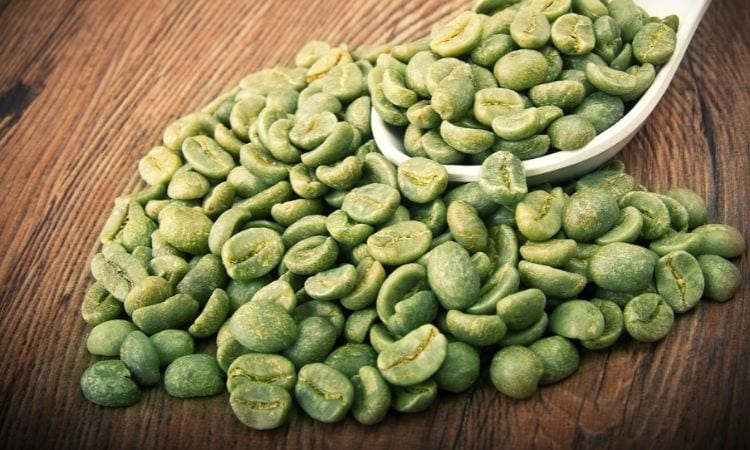 The unroasted green coffee beans are first dried and prepared before being added to retired barrels. The types of barrels used impact the overall flavors of the coffee beans themselves.

After the coffee beans have been in the whiskey, bourbon, or rum barrels for the allotted time, they are removed and roasted.

The aging process is usually about 2-3 weeks. The coffee can be roasted to a dark, light, or medium level. The darker the beans are, the smoother the flavors will be. Lightly roasted coffee beans are slightly more acidic, but also have stronger flavor notes.

How Does it Taste?

The flavor of barrel-aged coffee will depend on the type of coffee beans used and the barrels that the beans were aged in.

For instance, coffee aged in bourbon barrels will have a liquored bourbon-flavored taste with orange, brown sugar, and chocolate nuances. Coffee aged in whiskey barrels tastes smooth and caramelized with hints of nutty and earthy flavors. 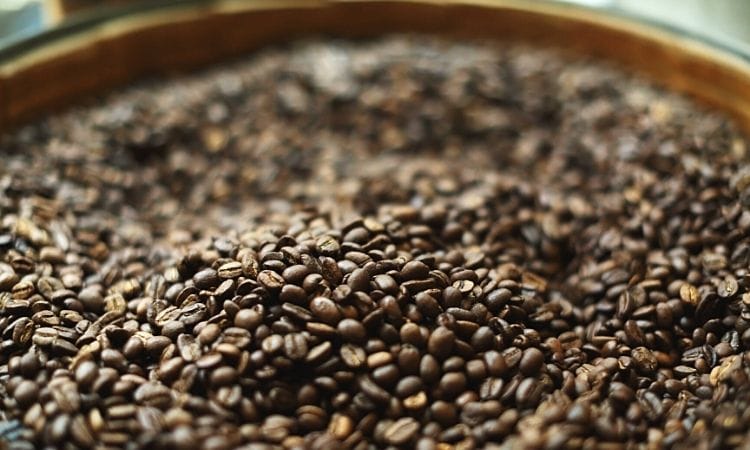 Arabica coffee is grown in countries worldwide. The region and growth practices of the coffee beans and how they are roasted will influence the final flavor of any coffee that is later brewed.

What kind of coffee beans are best for barrel-aged coffee?

The best coffee for barrel aging will be green, unroasted, and low in acidity. Indonesian and Indian coffees are great for the barrel aging process because they have lots of body and low acidity.

Also, wet-processed coffee from Latin America is sometimes used in the barrel aging process because it retains moisture and mellows slowly.

What Are the Different Types?

Whiskey/Bourbon Barrel-Aged Coffee: Whiskey and bourbon barrel-aged coffees are the most popular. You can find various coffee options of this type offered by big names in the whiskey industry. Starbucks also makes some impressive barrel-aged coffee in Singapore.

Over several weeks, the coffee beans were aged and hand-rotated to absorb the whiskey flavor evenly. Hand rotation and a climate-controlled environment worked together to prevent uneven flavors. After the beans finished aging, they were roasted by Starbucks roastmasters.

Delicious Drinks You Can Order With Starbucks Barrel-Aged Coffee

Barrel-Aged Coffee Beans – Putting it All Together

So there you have it!

Now you know the basics of barrel-aged coffee. If it sounds delicious, you should definitely give it a try.

After all, discovering a new favorite coffee beverage is always a rewarding endeavor!

With so many great options on the market these days, you are likely to find a trendy barrel-aged coffee drink that will tantalize your taste buds.